How Millennial Tassa is Viewing her Options in the Property Market

We go inside the mind of Tassa*, aged 25, just back from a short holiday and weighing up her real estate options. 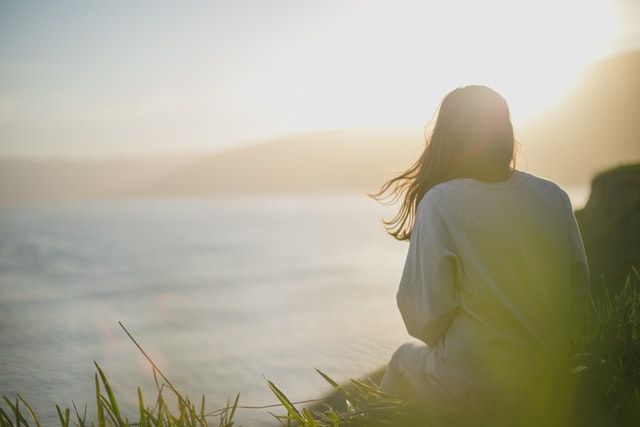 There are 6.42 million Millennials born between 1981-1996 in Australia. They’re in their 20s and 30s and let’s face it, it’s tough to still live under your parents’ roof at that age. So, those who can are either travelling, or tossing up whether to rent or buy property. Here we go inside the mind of Tassa*, aged 25, just back from a short holiday and weighing up her real estate options.

First, let’s paint a picture of Tassa’s cohort. An ANU study of net national disposable income per capita shows that with an average $59,800 to spend, Millennials aged 25-35 are 51% better off than Generation Xers were at that age, and 91% better off than Boomers at that age.

Despite this, a recent U.S. survey found many Millennials are living paycheck to paycheck. As a result, they’ve been dubbed HENRYs - High Earner Not Rich Yet. This certainly might apply to some Australian Millennials who are taking advantage of open international borders to travel, but it’s true also for those who are saving hard. Our interviewee Tassa does have a small deposit saved, and some shares.

Tassa: “I’ve saved $70k - I should have more but I’ve spent it on rent, food, travel, and a dog! After Covid I wanted to get out again and have at least some social life and travel. I was a bit concerned not to spend my deposit so I didn’t buy much overseas. Luckily it was off-peak season so some things were a bit cheaper.”

Now that she’s back, Tassa believes she’s fairly typical in that she knows she “should be at home with no expenses” but doesn’t want to live with her family anymore.

Tassa: “If I do buy it will be within the next month or two, or I’ll move out and rent, because I’ve lived out of home before and I like my independence away from the family.”

With her middle manager’s income, Tassa knows she wants to buy a property. Earning over $90,000 she doesn’t qualify for the Labor Government’s Help to Buy scheme, nor does she want to buy in a regional area. She admits she is very confused, and is just not sure if she should commit right now.

Tassa: “I wonder if I should live with mum and dad rather than going on a 12 month lease and only then trying to get something. With rent you are a bit more flexible and you can pull out at any time. Also, I’m not sure if I want a flatmate or not. I also don’t know what’s happening with work - if there will be a bonus coming - so whether to hold off and buy something better in a year.”

Australians would supposedly eat dog food before defaulting on their mortgage, and banks have said Aussies could “adapt to higher interest rates”. But, when asked about whether rising interest rates concerned her, especially the timing of her decision to buy property, Tassa admitted she didn’t know.

Tassa: “I don’t really understand interest rates, how it’s going up and down and how that affects me. I’ve done less on the research side than looking at actual properties for sale.”

Tassa says she has spoken to a mortgage broker and they were very positive on the amount she could borrow because of her good work history, stable income, and a “reasonable amount” saved.

Tassa: “I’m not 100% sure where I would buy, if it’s something smaller closer to the city or something nearer the beaches. At the moment in Sydney I can only afford a 1 bed unit and I don’t know how I feel about paying the mortgage if I’m living on my own.”

A keen decorator, Tassa says she knows she wants to buy something she can add value to.

Tassa: “I’d like a ground floor older building with easy access to the outdoors, I wouldn’t mind working on it myself. I want something boutiquey, in a small apartment block. Dad says don’t buy a place with a lift, because it adds to the strata fees - that’s something I wouldn’t have considered.”

In fact, she’s seen something in the sub-$700,000 range that caught her eye while scrolling the Sydney real estate listings on her stopover in Abu Dhabi.

Tassa: “I’ve seen a place I’ll look at this weekend - it might be a bit out of my price range - and I’ll have to check if it was flooded. My next steps are speaking to the bank and to the broker, and see what I can afford. I think I want a 2 bdrm apartment but I don’t think I can afford that yet. I want to buy something to live in, not in a regional area that I can rent out.”

Tassa knows that she is lucky to be able to weigh up a number of options, but the best next steps are confusing for her. At the moment she is unpacking her suitcases into a newly-painted bedroom in her parents’ house, and resisting the strong urge to just get back on a plane and head back to Europe.

*Not her real name.
Photo by Artem Kovalev on Unsplash