The property market in Australia has been growing for the best part of a decade, with house prices in Melbourne rising faster than anywhere apart from Sydney. If the crash of 2007 had any effect it was simply to slow down the increase and keep prices in synch with incomes and rents. 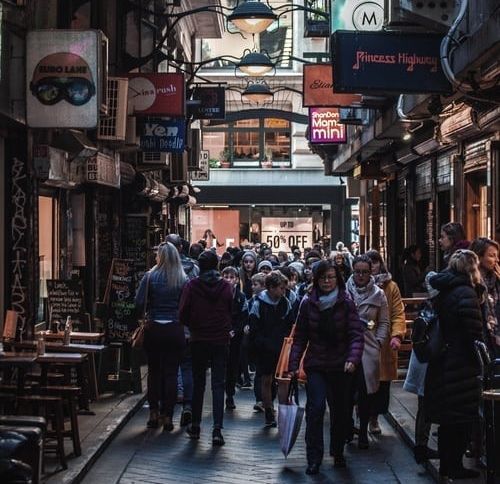 The property market in Australia has been growing for the best part of a decade, with house prices in Melbourne rising faster than anywhere apart from Sydney. If the crash of 2007 had any effect it was simply to slow down the increase and keep prices in synch with incomes and rents. In recent years, the gap has steadily widened so that the house price-to-income ratio in Australia is now amongst the highest in the world, but so far that has done nothing to trip up the relentless climb.

Melbourne home prices have seen some of the biggest increases in both the city itself and the surrounding districts. This is due to a combination of national factors as well as the growing popularity of Melbourne as a place to live and work, enjoying the city’s “bar and café” scene. Last year financial commentators and institutions had been expecting the market to achieve modest growth of between 3% and 5% but this proved woefully inaccurate and estimates have since been revised upwards to around 16%. Melbourne home prices are expected to go higher, to 17.6% Why is this happening?

The Reasons for the Property Market's Resilience

A combination of financial conditions, government initiatives and the unexpected consequences of the pandemic have fuelled this buoyancy. The economy suffered far less than anticipated as a result of the lockdown and government help for businesses and individuals played a major part in shoring up the nation's finances. At the same time restrictions on what consumers could do meant that savings built up, making large commitments to home buying much more affordable for many.

From extremely high levels in the 1990s interest rates have been failing for at least ten years to today's unprecedented lows, making borrowing not only cheaper but apparently sustainable in the long term. The final touch to this picture of prosperity came from the government's highly successful attempts to keep the property market liquid with schemes designed to make loans much easier to come by.

At the beginning of the pandemic, it seemed likely that Melbourne home prices would move in the opposite direction, with demand falling and funds becoming restricted. The happy coincidence of unrelated factors has produced the opposite effect.

What Does the Future Hold?

Once again economists are starting to warn that this boom cannot last and are predicting a slowdown in late 2022. They believe that first-time buyers in particular will reach the limits of house price affordability. However, housing affordability is now a major political issue and the Labour opposition is promoting plans to tackle negative gearing whilst giving tax relief to the 9 million Australians who earn over $45,000.

The Liberal Party is examining ways to allow young house-buyers to monetise their superannuation plans in order to raise deposits. With interest rates remaining low while the government shows no inclination to scale back its support for the property market, it is not inconceivable that the experts will be confounded again.