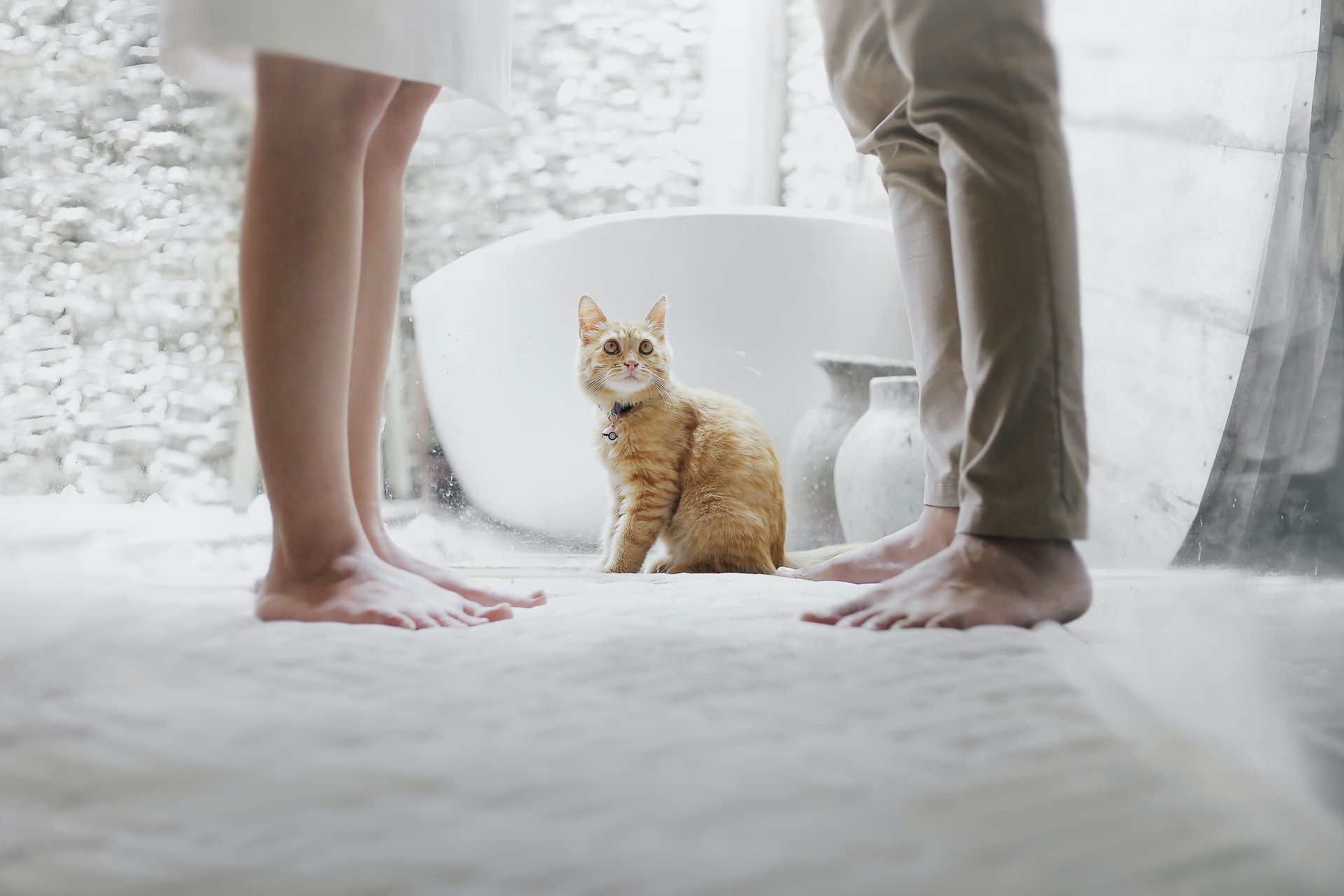 I was talking with a buyer’s agent on the weekend, and asked her how business was - given the lack of buyers in the market.

“Oh, I don’t have a shortage of cashed up buyers right now,” she told me. “I’m just not seeing enough four Ds to find them something to buy.”

The four Ds are Death, Divorce, Debt, and Downsizing. These make up the bulk of the reasons that people will sell an “A-grade” house, especially in a property market as it is now, where homeowners sit tight on quality homes, waiting for house prices to improve.  In this blog we’ll look closer at the four Ds and how they’re affecting property market listings in 2022.

Price is not the only factor

A homeowner facing any of the four Ds has a lot of emotion to contend with. They are feeling under some pressure to sell, and these reasons for sale may be enough to replace their need to achieve the best possible price. In a cooling market (“housing recession” it’s being called in the U.S.) the four Ds seller is probably the only seller not put off by the low auction clearance rates, falling property values, and picky buyers. Most property sellers are, first and foremost, price-driven.

Show me your best houses

My buyer’s agent contact says she has cashed up buyers who are willing to pay $5 million to $6 million or more to find the right Sydney home - they just don’t want to be offered anything much lower than that.

So, they have to wait for the owners of exceptional homes to either die, divorce, struggle to repay their mortgage debts, or want to downsize for an easier life or to free up cash.

B grade and C grade houses

Homeowners of “B grade” and “C grade” houses may sell because of the four Ds, and also to trade up, down, or sideways, depending on their circumstances. The cashed up buyers aren’t interested in this level of home (at least not in Sydney, nor according to the buyer’s agent I spoke to).

As a result, B and C homeowners compete for buyers who are more price-conscious and more affected by interest rate rises and debt-to-income servicing ratios.

Snapshot of the Four Ds

Death, Divorce, Debt, and Downsizing are going to be the main reasons people will sell a home over the next couple of years. So, we’ve done a bit of digging into some data, looking at each of the four Ds to speculate on the numbers that could affect the number of homes for sale. Here’s what we’ve found so far:

A ‘Deceased Estate’ sign on a house for sale signals to the home buyer that, as a result of the owner’s death, there is potentially a motivated seller who is more likely to accept the market rate. If there are multiple beneficiaries, an auction might be undertaken to sell the property quickly.

How many homes are being sold as deceased estates each year wasn’t clear from our research.

Australia has one of the highest life expectancies in the world at 81.2 and 85.3 for males and females (Indigenous Australians have a lower life expectancy at 71.6 and 75.6 years respectively).

Death as a source of housing stock

However, as the rate of home ownership is declining (Survey of Income and Housing, home-ownership rates among Australians aged 55-64 years dropped from 86% to 81% between 2001 and 2016) housing stock coming from this source may slide a little also in future.

The total number of divorces has been declining too, says social researcher company McCrindle, and there are fewer now than at any time in the last 20 years, as both the divorce rate and divorce numbers have been declining.

McCrindle’s writer Ashley Fell also says in her article Fast Facts About Marriages in Australia that while 1 in 3 marriages end in divorce, they are lasting longer than two decades ago and 77% of Australian couples cohabitate before getting married.

With fewer couples getting divorced, this source of housing stock is possibly diminishing.

A former Reserve Bank governor has claimed Australians will eat dog food before defaulting on their mortgages. However 1 in 5 mortgage holders are ‘at risk’ or ‘extremely at risk’ of mortgage stress.

Over half the homeowners have a mortgage

There are 5.4 million homeowners in Australia, 2.6 million of them without a mortgage, and 2.9 million with a mortgage. The average mortgage in 2021 was $553,897 and 30% of buyers were purchasing their first home.

About one in five at risk of mortgage stress

Recent research from Roy Morgan shows an estimated 19.4% of mortgage holders, 843,000, would be classified as ‘At Risk’ based on the Reserve Bank of Australia’s interest rate hikes to date (projected figures).

“However, these figures relate to the March quarter 2022, before the RBA began its first interest rate increasing cycle in more than a decade during the current June quarter 2022.”

Number of ‘at risk’ won’t spike badly if jobs available

Ms Levine says as long as employment levels remain strong the number of mortgage holders considered ‘At Risk’ will not spike alarmingly over the next few months as interest rates are increased from the record low levels experienced during the last two years (and until recently).

Debt will become a source of stock

In summary, debt will probably be a source of housing stock in this property market from those ‘at risk’ or ‘extremely at risk’ who would prefer not to, or can no longer, service rising interest rate payments.

Older Australians are not rushing to downsize. Half of them prefer a three bedroom home over a smaller one, according to the 2019 Australian Housing and Urban Research Institute (AHURI) survey, and just as adult kids want to stay in their beds, older adults want to stay in their own homes, thank you very much. Many will be sharing with their adult kids who are living in the family home longer.

Those aspirations are a detached dwelling (69%) with three bedrooms (50%) although “there is an appetite for two-bedroom apartments, particularly in the 75+ age group.”

The Household, Income and Labour Dynamics in Australia (HILDA) data indicates that among owner-occupiers in 2001 aged over 54 years, more than 75 per cent remained in the same dwelling 15 years later.

Others may downsize property or mortgage

But Australian Property Investor says a 2022 survey of 497 homeowners revealed one in eight Australians – equivalent to more than 600,000 households – are planning to downsize to a smaller property in the next 12 months.

“Mark Macduffie, Co-Founder and MD of Downsizer.com, said their research shows approximately 1.72 million households are planning to downsize in the next five years, which is up 40,000 on previous estimates,” says API in its article Downsizers slowly taking the bait but complications abound.

This could be due to homeowners ‘cashing in’ on recent price rises, reducing their mortgage, moving to cheaper regional or coastal areas for lifestyle, or changing due to different stages in their lives. As the property market becomes less lucrative, some may choose a ‘sit it out’ approach and cut back on expenses to service their mortgage.

Mortgage-holders could be source of downsize housing stock

Downsizing may provide some housing stock, but perhaps not from the mortgage-free older cohort.

The real estate market is a complex one. Not everything is as clear cut as ‘there’s a shortage of buyers’ or ‘there are too many listings.’ The quality of property and the reasons for sale vary across the board. Each affects the chances of an individual property selling well or selling poorly. For buyers, it’s important to find out the reason for sale if you can. For sellers who have to sell, don’t give up the ghost if you have a trophy property with a lot to offer. Buyers are out there - but they are picky.

If you’re considering purchasing or renting a house, make sure you download our free property report for that address. We have 12 million addresses in our database, with every report offering information on internet speeds, crime trends, bushfire and flood risks, investability scores and a whole lot more.

Photo by Hutomo Abrianto on Unsplash